In the world of cinephilia, most if not all the time, anime is looked down upon. Despite the medium having millions of fans (who are arguably fans of the medium itself rather than the final product) and requiring tremendous talent to even produce as much as a standalone OVA, it still gets more than its share of hate. This is especially frustrating when one can find literally priceless masterpieces of art hidden among the shelves just for being an ‘anime’, as if that would make it any inferior.

As in any industry, there has to be someone who by just mentioning their name on a poster, one can rest assure that the final cut of whatever product that is, will be nothing but top notch. For Japanese anime feature films, this guy is Hayao Miyazaki, who his retirement announcements are as frequent as his filmography’s entries.
Usually, every great director work almost exclusively with one composer, and Miyazaki is no different. He rarely even change his movies’ themes, nonetheless the style of music used in them. In this case, this guy would be Joe Hisaishi.

Joe Hisaishi, winner of 7 Japanese Academy Award, is widely considered one of the most influential people in the Asian music industry as a whole, releasing 83 soundtrack albums, not counting studio and compilation albums. His career span from Anime soundtracks to standalone studio albums, all the way to composing, producing and arranging the 1998 Winter Paralympics theme. In Korea, he’s almost considered a demi-deity for his overwhelming involvement in K-drama.
However, his greatest work shines through anime feature films. In collaboration with Hayao Miyazaki, Hisaishi created scores for what is now considered the pillar of modern anime films. One of their first collaborations was Nausicaä of the Valley of the Wind.

Nausicaä Symphonic Poem, especially the first movement, is nothing less than a modern classic marvel. It almost reminds one of Hollywood’s golden cinematic opera era, spanning from heavy mellophone uplifts, to minimalistic down-tempered piano and string arrangements.
Then there is Porco Rosso, a movie about a ‘sky pirates in biplanes terrorize wealthy cruise ships as they sail the Adriatic Sea.’ Yes, it is as ridiculously amusing as it sounds, and it got the score to match that ridiculous amusement.

Another great anime feature film up these guys’ sleeve would be The Wind Rises. this is a somewhat special case since the movie itself is a fictionalized biopic of an important figure in the Sino-Japanese conflict in WWII, which some people might recognize as the era when japan went full-on Vlad The Impaler on China, and that was not even a metaphor.

Though, since this is SCORED, we’ll be concentrating on the soundtrack rather than how many genocides were back then. A Journey, The film’s main soundtrack ,took a sharp turn from what Hisaishi usually delivers, it is highly influenced by western european instruments and even arrangements, yet it maintains its Japanese flavor, especially when paired with Studio Ghibli’s amazing animation techniques.

Lastly, the crown jewel, the holy grail, the trophy of Studio Ghibli and Joe Hisaishi would have to be Spirited Away. This feature anime film is what one might call the reference, not any reference, but THE reference. Every other animated feature is judged by comparing it to this one, and so far, none came atop of it. From visual greatness to audio president, this film takes it all.

Its soundtrack, One Summer’s Day, is as influential as it is emotional. It starts as a sadly depressing piece of string arrangement only to develop into one of the most operatic multi-instrumental pieces I’ve heard, and then goes back into being an action driven piece with the famous fast pact Asian influence thrown here and there.

Other honorable mentions include Princess Mononoke’s Legend of Ashitaka, The Tale of the Princess Kaguya’s Flying and Howl’s Moving Castle Main Theme, to name a few.
All these scores and much, much more makes Joe Hisaishi, the Hayao Miyazaki of anime film scores, as deserving of credit and claim as any western composer is, and some more. 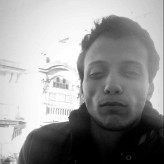